New figures show that electric car registration is up by 55 percent, with 750,000 electric cars currently on the road in the US.

Despite this increased interest in electric cars, adoption is still slow. Many people are reluctant to believe that electric cars can replace the gas cars we’ve been driving for over a century.

But, almost every major automotive brand has announced future plans for new electric vehicles. As such, the record-setting growth seen over the last year looks set to continue.

Read on to find out ten outstanding benefits of electric cars.

One of the most obvious advantages of electric cars is that they offer a greener way to commute.

Gasoline and diesel-powered vehicles produce smog-forming pollutants, such as nitrogen oxides. They also release greenhouse gases such as carbon dioxide into the air. These gases and pollutants cause poor air quality, especially in urban areas. This has a negative effect on public health, and also contributes to climate change.

Because electric cars rely on a rechargeable battery, driving one does not create any exhaust emissions. This goes a long way to improving air quality in busy cities, with obvious health benefits. And, by reducing harmful air pollution, you help to reduce the effect of your transportation on climate change.

By replacing your conventional car with an electric car, you can help keep your city and the wider world clean. Plus, electric cars are also quieter than cars powered by gas or diesel, meaning less noise pollution too.

2. Potential to Use Renewable Energy

If you recharge your electric vehicle from the grid, the number of pollutants your car emits is already reduced.

But, it’s also possible to charge your electric car using renewable energy, such as solar or wind power. This then minimizes emissions even more. It also opens up whole new possibilities of a sustainable future, helping to offset our continued reliance on cars as a nation.

Electric cars are also more efficient when it comes to converting the energy they use into vehicle movement.

This means that charging your electric car’s battery contributes more to powering the vehicle than filling up at a gas station.

Another of the many pros of electric cars is that many are also made from more eco-friendly materials.

For example, the Ford Focus Electric is made using recycled parts, including padding made from bio-based materials. And, the bodywork and interior of the Nissan Leaf are made out of green materials. These include recycled plastic bags, old car parts, water bottles, and even re-purposed home appliances.

Who would have thought that car manufacturers would inspire us to find new ways to reduce our carbon footprint?!

The undeniable environmental benefits of electric vehicles aren’t the only thing they have in their favor. Electric cars also have several benefits for your wallet.

The federal Internal Revenue Service (IRS) tax credit is up to $7,500 for each new electric vehicle bought for use in the United States. How much of a tax credit you’re entitled to depends on the size and battery capacity of the particular electric car you choose.

This tax credit will be available until 200,000 electric vehicles have been sold in the US by each manufacturer. After that point, the credit will begin to phase out for that specific manufacturer. The good news is that no manufacturers have yet to be phased out of this offer. But, if you have your eye on a popular brand of electric car, you might want to move fast to ensure that you receive these financial incentives.

Depending on where in the US you live, you may also be able to claim incentives from your state, city or utility company. These incentives include both monetary and non-monetary benefits. So, you may be eligible for tax credits, rebates and vouchers, special charging rates and high-occupancy vehicle lane exemptions. And of course, you should also be eligible for an auto title loan, which you can find out more about on this website.

With gas prices rising every day, it’s logical to assume that the electricity needed to power an electric car would be a cheaper option. And you’d be right.

Once you’re the proud owner of an electric car, you can enjoy much lower running costs. In fact, it costs less than half as much to travel the same distance in an electric car when compared to a conventional vehicle.

The average US household spends 16 to 20 percent of the total family budget on transport. That means that saving money on fuel can make a huge difference to your family’s economy. Electricity prices are also more stable, making it a lot easier to budget for the future. Also, some utility companies offer cheaper charging rates at night, which can further reduce your fuel costs.

To find out how much you could save by swapping your conventional car for an electric vehicle, check out this cost calculator.

As well as cheaper fuel, one of the big pros of electric cars is how much cheaper they are to maintain.

Electric cars have fewer parts than conventional gasoline or diesel-powered cars. As a result, they require much less serving. And, there are no expensive starter motors, exhaust systems, radiators, fuel-injection systems or other parts in an electric car.

In fact, with just one moving part – the rotor – electric cars are cheap and easy to maintain, and much more durable. You just need to make sure the brakes, suspension, and tires are in good order and you’re all set.

The rechargeable battery will wear out eventually so you will need to buy a new one at some point. But, most car manufacturers offer an eight-year warranty for electric car batteries.

As well as the many financial and environmental advantages of electric cars, they are also safer than conventional cars.

For example, electric vehicles have a lower center of gravity. This makes them less likely to roll over as the result of a traffic accident. Electric vehicles also have less potential for fires or explosions, and the durable body construction ensures optimum safety in a collision.

Electric cars also include many technological advantages for added convenience and a better ride.

Electric cars are more digitally connected than their conventional counterparts, with the option to control charging via your smartphone. And, since the electric grid is available almost everywhere, you’ll always have a variety of charging options.

Unlike vehicles with conventional internal combustion engines, electric motors react quickly, making electric cars much more responsive. They have great torque, meaning they react well to your touch and accelerate at a faster rate. They’re also quieter, and less likely to cause you problems as a result of maintenance issues. For fans of driving, these benefits help to ensure a smooth and enjoyable ride every time.

By switching from a gasoline-powered car to an electric car, you will also help to protect the US from global conflict and other security issues.

The US uses around nine billion barrels of petroleum each year, six of which go towards fueling transportation. Our reliance on this petroleum makes the country vulnerable to disruptions in the supply chain and sudden price spikes.

Continued reliance on petroleum can lead to instability and even violent conflict. Not to mention, civil unrest in petroleum-rich nations can lead to scarcity and volatile prices related to other imports.

In contrast, almost all US electricity is from domestic sources. These include nuclear, natural gas, coal, and renewable sources. By moving towards a more self-sufficient fuel source for our nation’s cars, we reduce the possible knock-on effects of our reliance on petroleum.

The Outstanding Benefits of Electric Cars

With so many benefits of electric cars, including reduced costs, extra safety, a smoother ride, and all those environmental advantages, it’s not hard to see why electric cars are better.

But, they’re not just better for you or like-minded people who are looking to make a change and reduce their carbon footprint. They’re better for everyone and everything we share our planet with.

For more great ideas on how to live an eco-friendly life, check out these tips for going green. 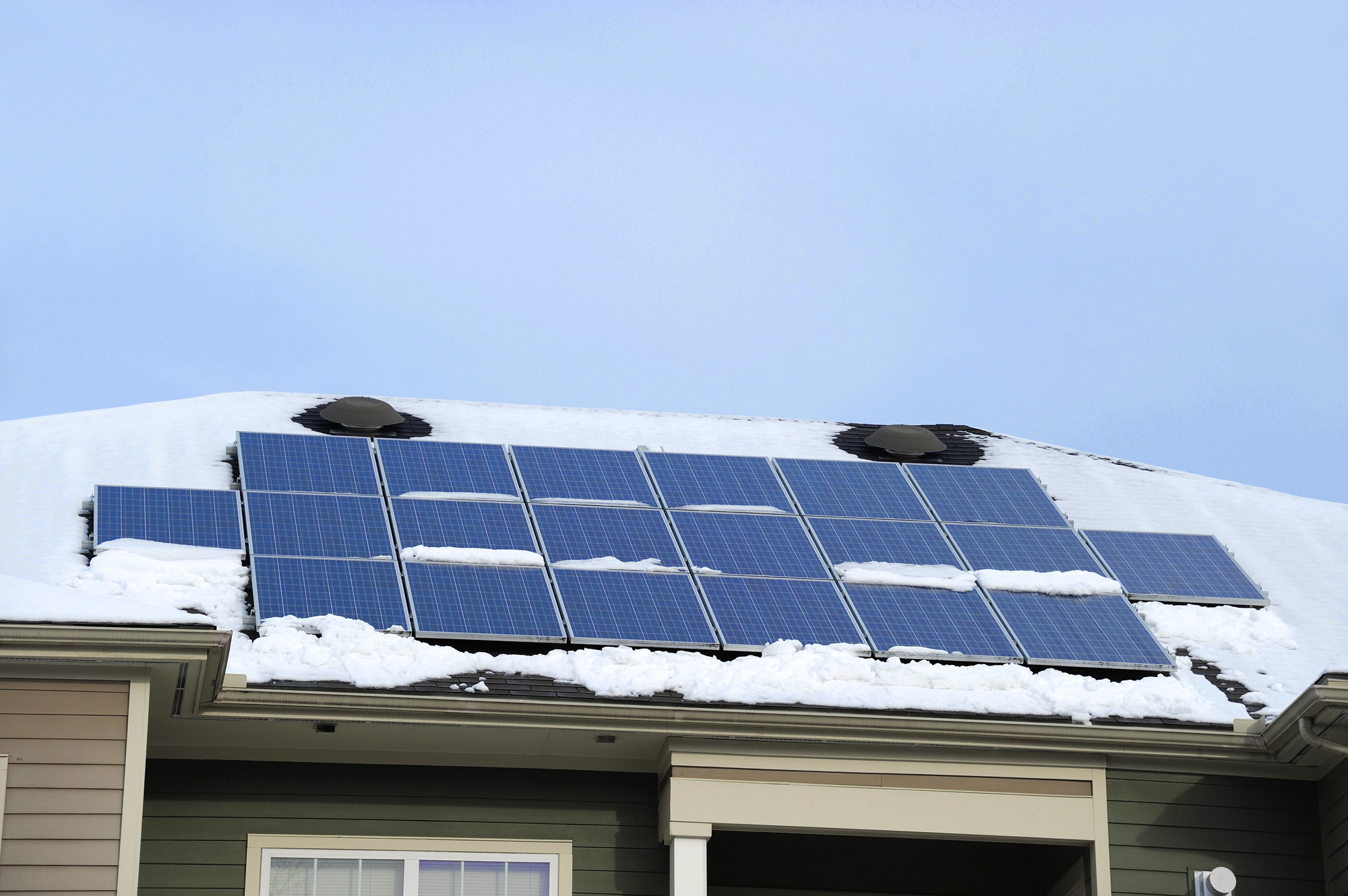 Looking for Ways for your Company to Go Green? 5 Benefits of Electronic Pay Stubs

Did you know that the average office employee uses about 10,000 pieces of printer paper every year? In some businesses, it’s difficult to find ways to cut down on paper waste. However, every business can easily switch to electronic pay stubs. Electronic pay stubs can reduce your paper usage, along with bringing other efficient qualities…